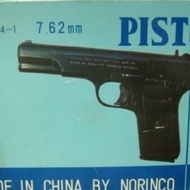 I was talking tonight about my frustration with so many comments in my recent magazine video on YT.

This one is not necessarily mean. It appears to be someone who is trying to be helpful. Unless of course you watched the video. Then you would know this guy either didn't watch, or didn't believe anything I said. Therefore, it is actually pretty insulting.

Tons of comments along the lines of this one. This is one I responded to, so you all could see what I mean.

You guys know I'm not very high on myself, and I don't like to run around bragging online. But geez.... I know more about guns that most people I know, and have been into them for a long time. To "learn" me such basic knowledge (That I covered in that very video).... is a bit insulting. Especially at the end of his comment. - He doesn't realize I'm laughing at him. Because in his attempt at assuming I'm ignorant to the topic, he proves how ignorant he is to the topic. He has no clue about 6.5 Grendel, or he would know these weren't cheap mags.

And he has no clue as to the actual point to the video - even though I clearly stated the point of the video in the video. (That he may or may not have watched) 😂😹

But oh well. This is probably why most content creators don't even read comments.

Free shipping with A-Zone Rewards - Use code 2aedu20 to save $20 off a 1 year membership. I bought a membership, and have already received about $632 worth of shipping & other perks! for $79 (And I'm 9 months into my yearly membership) https://alnk.to/dpns9he

Using these links for any purchase at True Shot or PSA helps the channel = more content. Thank you!

Using these links for any purchase at PSA helps the channel = more content. Thank you!

Using these links for any purchase from these sites helps the channel = more content. Thank you! For example if you click on my PSA link for the ARV and you buy one, I get a credit. Or if you click on the ARV link don't buy one, but buy something else at PSA without closing that window (browsing session), I still get credit for that item(s) Same applies to any of my links for each site.

We discuss the idea of self defense vs engaging a rampage shooter. Also mindset, training and different tools.

You can help support this content by using these links when doing your normal shopping: https://2aedu.locals.com/post/1333170/ways-you-can-support-for-free
My Amazon Link: https://www.amazon.com/shop/2aedu
I earn a small percentage from you using this link for any purchase at Amazon and it goes into my channels.

And if you are buying an optic or underwear or anything...

You can help support the channel with these affiliate links (Click on my link before you make a purchase):

Optics Planet:
Use Code: 2aedu to save 5% 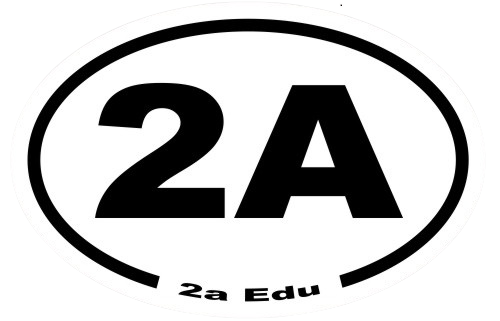 Using this link for any purchase at Grabagun helps the channel = more content. Thank you!

Using this link for any purchase at PSA helps the channel = more content. Thank you!

5
View All
0
Reply
Sign Up To 2a Edu
Sign Up for free to see more from this community or subscribe to 2a Edu for $5/month to support 2aEdu for more interaction and exclusive content.
Login Signup
Available Now

Powered by Locals
About Community
2a Edu
2577 Members

This is a Firearms & 2A Channel. Bonus videos, weekly livestreams, daily deals, & 2A news.

There are a lot of new members and supporters recently. Thank you for joining, and thank you to all of you who have been here for a while.

A lot of people ask how they can help support.
Checkout this post to support for free: https://2aedu.locals.com/post/1333170/ways-you-can-support-for-free Or check out the many deals I post with links that help the channel.
Or you can become a paid supporter on Locals. - Which is much appreciated 👍
And please share this community with your friends!
The more you all help, the more content I can do. Thank you.

61
View All
7
Reply
Don’t have a Locals account yet? SIGN UP
I’m already a member Log in
Please keep this window open while your file is uploading...